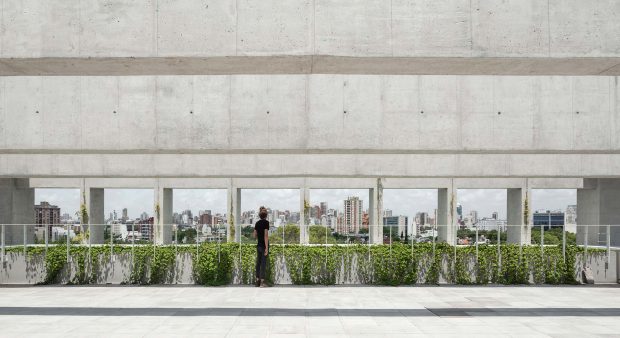 Jorge Luis Borges defined the feeling of looking at the distant horizon of the Pampas as a “horizontal vertigo.” It is a known fact that everything humans cannot contain or measure causes confusion, but the Argentinian writer was referring to the apparently irreducible vastness of the American territory: vertigo is what a European feels when contemplating the prairies of the western United States, the torrid countryside of the Brazilian Plateau or the plains of the Paraná basin.

However, far from surrendering to the forces of nature, people have created mechanisms to domesticate the territory and make it reducible and measurable.  Bringing that horizon closer is their goal, making it human. Domesticating the natural scenery is not invading it, but it results in reaching a balanced compromise with it.

Architecture has been the chosen path to reach the compromise between the domestic scale and the territory, the American territory in this case. In particular, it has used two main strategies to colonize it: “recintar,” a Spanish term used to refer to a partial appropriation of the territory and to reference, that is, to establish margins and marks on the landscape.

As a matter of fact, the Asunción House is based on this premise. The brick wall marks out the area of a tiny portion of the Paraguayan plain, enclosing it and providing a human scale where it is possible to set up a home. This micro-territory is not entirely covered, the threshold generated by the ribbed roof provides a balance to the areas that remain under the light and in the shade, while identifying an “internal exterior,” the garden, which is the controlled reminiscence of the landscape that remains outside the wall. This would be a perfect example of what we understand as “recintar.”

Similarly, the new building of the Torcuato Di Tella University, in Buenos Aires is integrated into the campus rounding out the facilities around the central garden and also building a front with its facade towards Saenz Valiente Street. The established margins are local within the logical program of the campus, but there is also an urban contribution, a commitment to the shared landscape of the city. In deference to the existing structures of the sheds and the former wastewater facilities, the building displays an orderly rhythm of pillars that make up the facade as a threefold organization, denser as the roof level is reached. If on the first floor the bays between supports respond to the need for the dimension of an agora, on the roof these spans could not compete with the skyline of Buenos Aires, nor with that of the Río de la Plata. Thus, the reduction of the porticoes to the scale of large windows provides a cadence to that horizon, domesticates it and allows it to be contemplated without its presence being invasive.

This idea of sequencing the horizon behind a colonnade was also an influence when addressing the exhibition Matter and Light at the Museum of Modern Art MAM in Rio de Janeiro (Affonso Eduardo Reidy, 1955): the models displayed on an elevated plane combine their presence with the monumental concrete arcades that segment the horizon of Guanabara Bay.

When we take in a landscape we take mental ownership of it, while on a map we do it graphically. Architecture must build those margins, sometimes translated as platforms or porches. The Museum of Art of São Paulo MASP (Lina Bo Bardi,1958), the Museum of Brazilian Sculpture MuBE (Paulo Mendes da Rocha, 1987) or the Ilha Musical (Decio Tozzi, 1987), all of them in São Paulo, show how the horizontal plane of a floor or a canopy can impose clear limitations to the horizon.

The same happens in the Asunción House and in the pavilion Nido de la Cultura (A Nest for Culture) facing the coast of the Río de la Plata in Vicente López: both create an elevated platform, an artificial ground to view the horizon from a new level.

The American landscape demands a very wide margin of action from architecture, conceived from a local point of view but also as an infrastructure that articulates the territory on a global scale. This action, which can be called “glocal,” does not imply erecting a landmark or an object that becomes a protagonist in the landscape, it focuses on marking it: a human anchoring in the natural environment.

For instance, the pavilion in Vicente López is located in a context with outstanding horizontal spaciousness, which also sets a reference point in the landscape that enables the establishment of tensions or proximity, distance and visibility relations. This idea was condensed in Le Corbusier’s sketch of 1938 for his urban proposal for Buenos Aires.

On the opposite coast of the continent, facing the Pacific, the continuous layout of the old railroad line imposes on the Ocho Quebradas wasteland, in Los Vilos, Chile, an infrastructure that, having become obsolete, lacks an element that defines a “here and now.” The itinerant pavilion is created with the aim of establishing a coordinate in front of the oceanic horizon, not as a scar on the ground but by the grazing of a point of variable tangency that moves along the rails emphasizing its persistent function of connecting the entire territory, the scale that can ultimately encompass the wheel as it turns.

The horizon is the infinite natural boundary until someone sees it for the first time and starts building it mentally. It should be noted that any landscape contains the physical traces of those who transform it, but also what cannot be seen. Its finite human limits are those of memory and of the experience of those who have inhabited it over time: what it is and what it evokes. 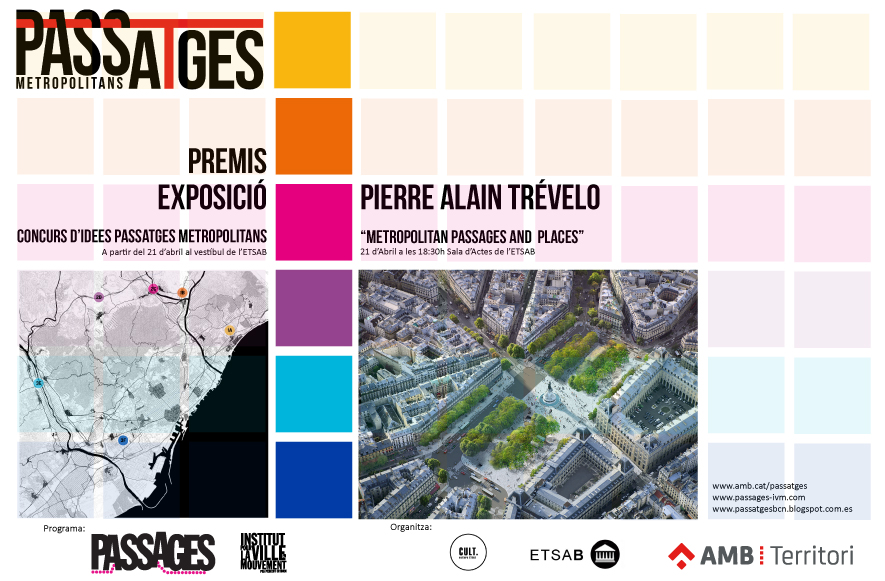 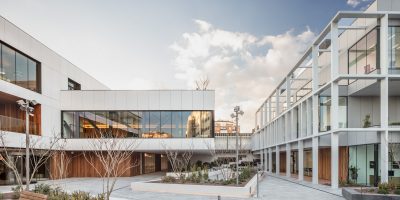 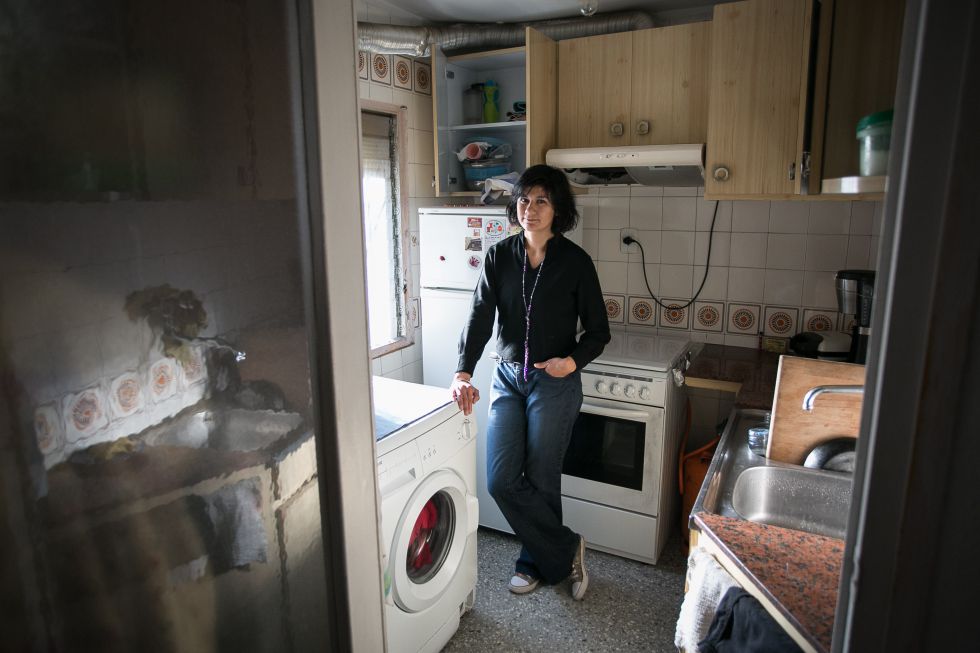 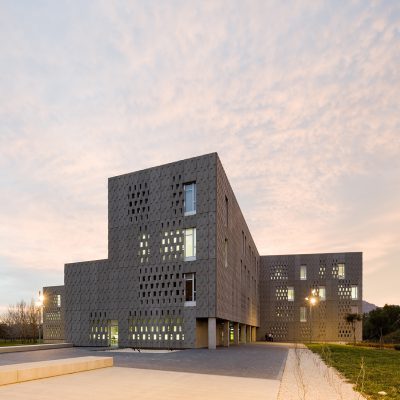 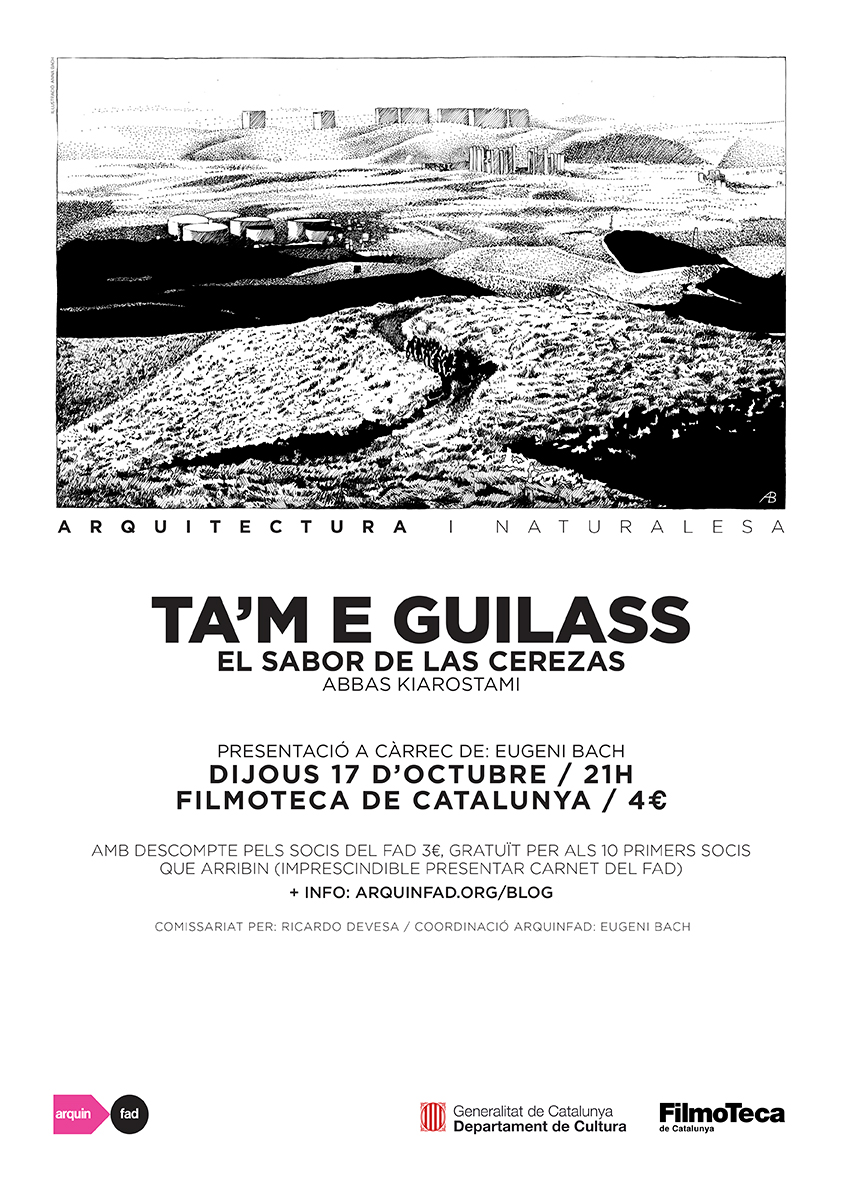