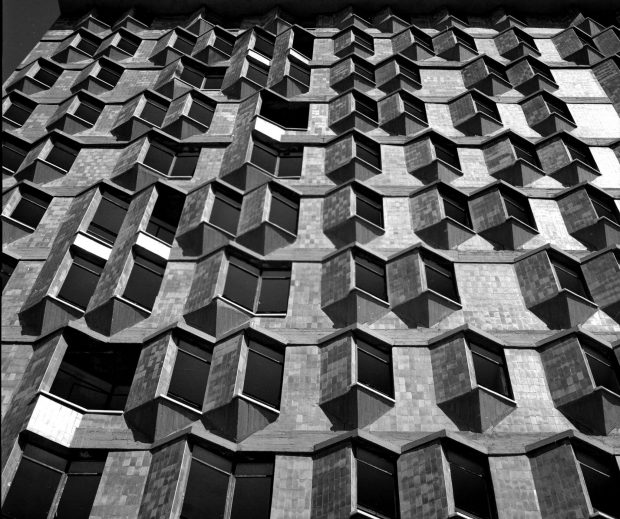 He was a mastermind of the city’s overhaul in preparation for the 1992 Summer Olympics, which helped turn it into a major tourist destination

Oriol Bohigas, a Spanish architect and urban planner who helped turn Barcelona, his home city, into one of the main tourism destinations of the Mediterranean, died on Nov. 30 at his home there. He was 95.

His death was confirmed by his son Josep Bohigas, who added that his father had had Parkinson’s disease for several years.

Working for Barcelona’s city government, Mr. Bohigas was one of the masterminds of the city’s overhaul in preparation for the 1992 Olympic Games, particularly the transformation of its seafront, which had become a derelict industrial area.

In partnership with two other architects, he designed a new yachting port, which hosted the Olympic sailing competitions, as well as a public park and a village to house the athletes, known as the Vila Olimpica. The city rehabilitated almost three miles of the seafront as beaches, and the area became a popular residential neighborhood once the Games had finished.

Pere Aragonès, the regional leader of Catalonia, paid tribute to Mr. Bohigas on Twitter, calling him the “great transformer of Barcelona.”

The impact of the Summer Olympics on Barcelona was a model for London and other cities that later hosted the event, while Mr. Bohigas and his partners used their success as a springboard to add buildings and help redesign other parts of Barcelona, including its run-down Raval neighborhood. Some of their landmark projects overhauled unused infrastructure, like the army barracks that became the new campus of Barcelona’s Pompeu Fabra University, which opened in 2000.

Mr. Bohigas “was fundamental not only in the transformation of Barcelona but in our understanding of cities,” Martha Thorne, the dean of the IE School of Architecture and Design in Madrid, said by email. “His ideas of urban acupuncture — small actions over time that could be understood as part of a whole, including new squares and small green spaces — were embraced by the residents and made a positive impact on neighborhoods.”

Although Mr. Bohigas kept his focus on Barcelona, he also contributed to the other major international event held in Spain in 1992: Expo ’92, in Seville, for which he and his partners built a pavilion. It was left abandoned for decades afterward, but it was reopened this year as the new home of the regional archives.

‘The Matrix Resurrections’ Review: Slipping Through Dreamland (Again)Best of Late Night in 2021: Trump’s Never-Ending Swan Song‘Emily in Paris’ and the City I Thought Was MineContinue reading the main storyhttps://7839c48e49ace8ec7640a651ca046016.safeframe.googlesyndication.com/safeframe/1-0-38/html/container.html

He and his partners also undertook projects in Germany, France and Italy, as well as Latin America. These included a block of apartments on Kochstrasse in Berlin, a hotel in Puerto Vallarta, Mexico, and the urban planning for new neighborhoods in the cities of Aix-en-Provence in France and Salerno in Italy.

Oriol Bohigas Guardiola was born on Dec. 20, 1925, in Barcelona. His father, Pere Bohigas, worked for the City of Barcelona and briefly managed the city’s theater school. His mother, María Guardiola, was a homemaker.

Mr. Bohigas enrolled at Barcelona’s school of architecture in 1943, just as Gen. Francisco Franco was consolidating his dictatorship after winning the Spanish Civil War. Mr. Bohigas was appointed director of the architecture school in 1977, shortly after Franco’s death. He considered it part of his life’s mission to free architecture and urban planning from the conservative rigidity of Franco’s dictatorship, and to return Barcelona to the kind of innovative thinking associated with the main cultural movements that reshaped the city in the 19th and early 20th centuries.

“I remember that I spent my whole architecture studies, which I finished in 1951, only listening to people talk about classical architecture and defend ultraconservatism, in every aspect.” he recalled in an interview in 2010. “We learned nothing about contemporary architecture. Yes, I believe my generation is the one that made efforts to recover the modernity that was lost in the first stage of Franco.”

In 1951, Mr. Bohigas joined with two other architects, Josep Martorell and David Mackay, to set up a firm that took its name from the initials of their surnames: MBM. The firm gained prominence in 1974 with an award-winning project to build a school, called Thau, without classrooms and with as few walls as possible.

His final significant project was the building for Barcelona’s Design Museum, which opened in 2014. But like an earlier MBM project to extend the flagship Barcelona store of the Spanish retailer El Corte Ingles, the design museum didn’t please everybody; a travel article in The New York Times, describing the building as a “squat, zinc-clad structure with front and rear cantilevers,” noted that it “hasn’t exactly been celebrated for its exterior form,” adding, “Some have taken to calling it ‘the Stapler.’”

Mr. Bohigas was proud never to have joined a political party, but he espoused left-wing ideas and held different jobs in Barcelona’s city government — in urban planning in the 1980s and then as the official in charge of Barcelona’s culture ministry in the early 1990s, when the city hosted the Olympics. He also backed the secessionist movement in Catalonia that started to gather momentum a decade ago.

His involvement in Barcelona’s cultural life extended well beyond City Hall. He was a founder of the publishing house Edicions 62. In the 1980s, he was president of the Foundation Joan Miró, which was created by the painter for whom it is named, and which has a museum in Barcelona that exhibits his works. He was also president of the Ateneo Barcelonés, one of the city’s most influential cultural associations, stepping down in 2011 after eight years in the post.

In addition to his son Josep, Mr. Bohigas is survived by his wife, Isabel Arnau, from whom he was separated; four other children from their marriage, Gloria, María, Eulalia and Pere; nine grandchildren; one great-granddaughter; and his companion, Beth Galí.

In recent years, Mr. Bohigas was critical of many aspects of Barcelona’s development, including the extension of the city’s Broadway-style thoroughfare, a project known as Diagonal Mar. And he lamented the rise of property speculation in Barcelona and defended the right of squatters to live in abandoned buildings.

“It is clear,” he said in 2010, just as Spain was sinking into a banking crisis triggered by bad property loans, “that a society that has so many empty houses and so many people without a home is a sick society that faces a problem in terms of sharing its public and private assets.” 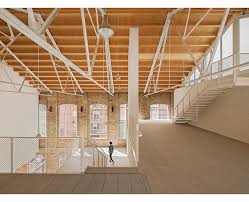 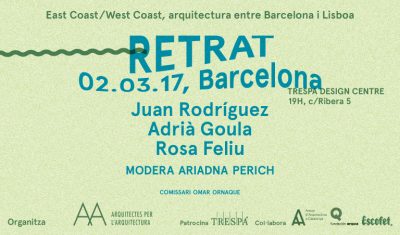 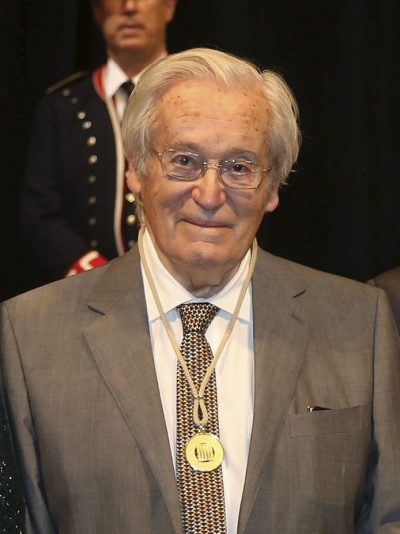 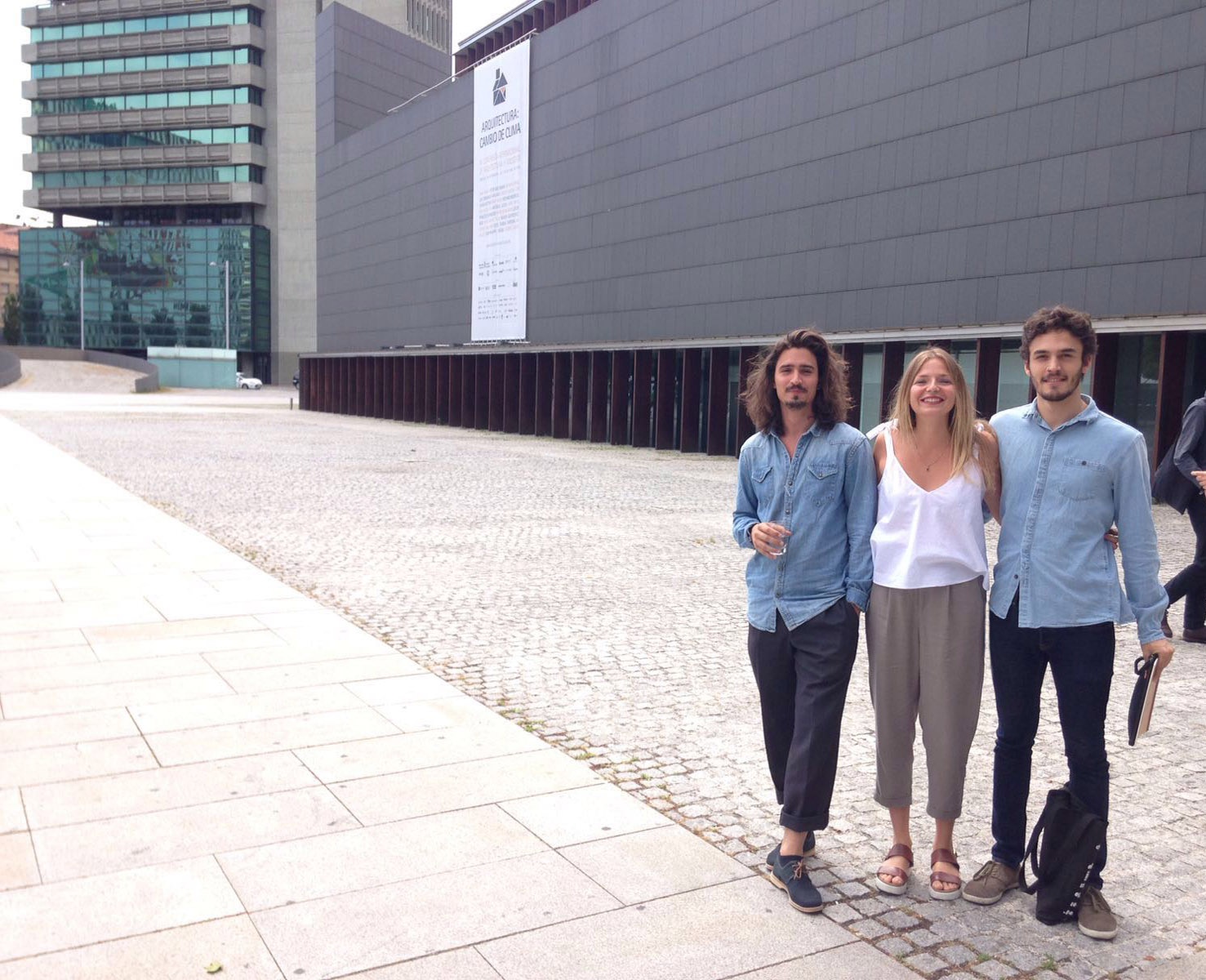 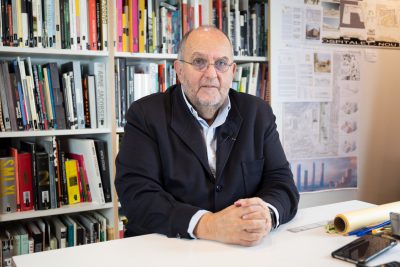